On the Ramp in Sarajevo with Aida Selimovic

When Aida Selimovic accepted Euro Jet’s offer to become the Country Manager for Bosnia and Herzegovina in June 2019, her life philosophy of not making long-term plans and accept things as they come proved more than accurate. Within months, the pandemic changed the world and the commercial aviation industry slowed down while demand for private jets increased considerably. During this challenging time, Aida could only rely upon the online support of Euro Jet’s headquarters while supervising the growing number of flights in Sarajevo and the country’s three other major airports: Tuzla, Banja Luka, and Mostar. Furthermore, over the past three years since accepting the position, she has managed to establish a solid Euro Jet presence and a reliable team of aviation professionals at each of these locations. And yet, that is just the beginning. 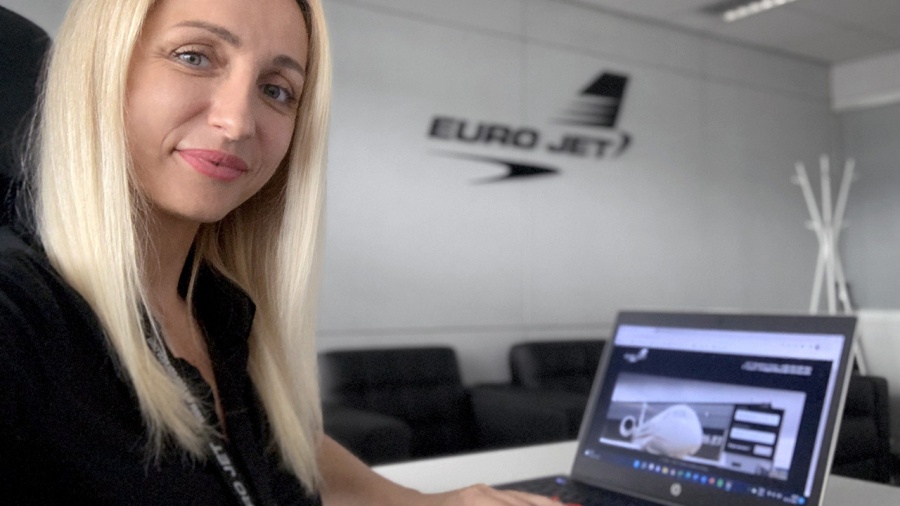 Aida, you have been working at Sarajevo airport for a number of years and you know it like the back of your hand. What brought you into the business of aviation in the first place?

I have been surrounded by all things aviation ever since I was a little girl. After my father graduated from the military academy in the former Yugoslavian army, he remained in the air force and worked with the cadets. Back then, there was a factory in Bosnia which manufactured 16 different types of aircraft and aviation was a crucial industry for the country. Although I was a ballerina as a child and loved ballet, I also enjoyed all the military air shows my father took me to. Then the war started and that changed our lives in more ways than we could have imagined. When it was finally over, I got a job at a travel agency where I then worked for 11 years as a Ticketing Supervisor, and for a few years I also worked as a General Sales Agent for Malev Airlines at Sarajevo airport.

That is a bit different sector of aviation compared to what you are doing now at Euro Jet. How did your cooperation with this company begin? What attracted you to the position of a Country Manager?

I was first interviewed by Euro Jet’s CEO, Charlie Bodnar and Head of Corporate Governance, Kristyna Horakova on their trip to Sarajevo which aimed at expanding Euro Jet’s presence in Bosnia and Herzegovina. Although I applied for a different position in June 2019, I agreed to take on the job of Country Manager (laughs). Then the covid crisis came, which increased the general aviation traffic while the commercial aviation flights slowed down. This also meant an increase in the number of flights Euro Jet supported in Bosnia and Herzegovina as we were just one of a few companies that continued operating.

Those times were quite challenging for me because due to travel restrictions, I could rely only on online mentoring and support and had to figure out a lot of things on my own. One of my priorities and challenges was to significantly improve Euro Jet’s presence at Sarajevo airport. I am proud to say that now, three years later, everyone at this airport – and, in fact, that goes for other airports in Bosnia and Herzegovina as well – knows Euro Jet as a reliable local flight support company. We even have our own VIP crew lounge in the main terminal of Sarajevo airport. Plus Euro Jet’s operation in Bosnia and Herzegovina has seen steady traffic growth. In fact, last year we achieved record numbers and hope this trend will continue. 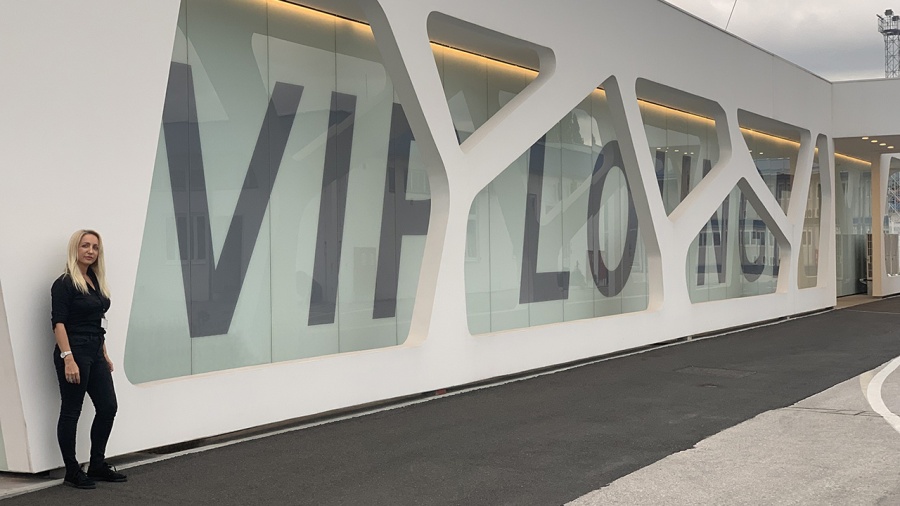 That is great to hear! What do you think has caused this increase in Euro Jet’s local traffic?

I think it is about the improvement of Euro Jet’s visibility in the country. We have focused on being seen and known by all the airport staff as we get new business usually through referrals. This together with the hard work of Euro Jet’s sales team has made a big difference. Today we are the number one trip support company in Bosnia and Herzegovina.

You are based in Sarajevo, but as a Country Manager you oversee a team spread across the airports in Banja Luka, Tuzla, and Mostar. Can you please introduce your colleagues?

At Sarajevo airport, it was just me with some part time assistance, but now I have a full-time colleague Nino Ninic who has been an essential support here. At Mostar airport, we have one of Euro Jet’s longest serving Ground Support Coordinators, Marijana Rajic. At Tuzla Airport, Haris Sisic has supervised flights for the past four years and, last but not least, at Banja Luka, we have Milica and Nikola Tutoric. All these people form an amazing Euro Jet team in Bosnia and Herzegovina, and I am very happy about the way we work together. 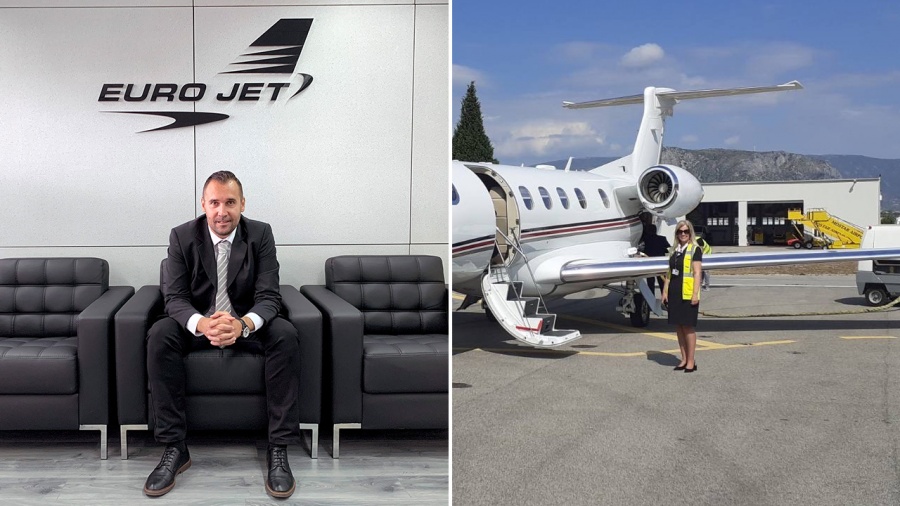 Well, that really depends on Euro Jet’s Operations for that day (laughs). Once we receive the flight information from Ops, we coordinate all related services with the airport. Most of the time I am present for every flight we support along with my colleague Nino. If our customers need to pass through the main terminal, Nino and I split the work between ourselves with one of us being on the ramp and the other waiting inside the terminal to ensure the clients get fast tracked and exit the airport as quickly as possible. Sarajevo airport is small and usually very crowded, and the airport authorities have imposed a limit on the number of people allowed inside the main terminal.

Part of my job is also to meet my team at their respective airports. My plan is to visit one airport every month as nothing can replace speaking face-to-face with my colleagues. This was not possible during the pandemic, so I look forward to creating this tradition now that we can travel again. But I must say that having such experienced team members makes my job much easier – they know their airports very well and I can rely on them to always deliver outstanding service.

With what kind of clients do you mostly come in touch in Bosnia and Herzegovina? Do they travel for tourism, business, or some special events? Is there a difference between the four airports regarding their clientele?

Sarajevo welcomes a variety of general aviation customers. We support diplomatic flights, business flights, in addition to world-famous celebrities flying to Sarajevo for special events, such as the Sarajevo film festival. We also support VIP flights related to local tourism. Right next to the airport, there is a military base, so we have a lot of military traffic as well. Banja Luka airport occasionally serves military flights. In Mostar, the majority of the general aviation flights are related to tourism or business. 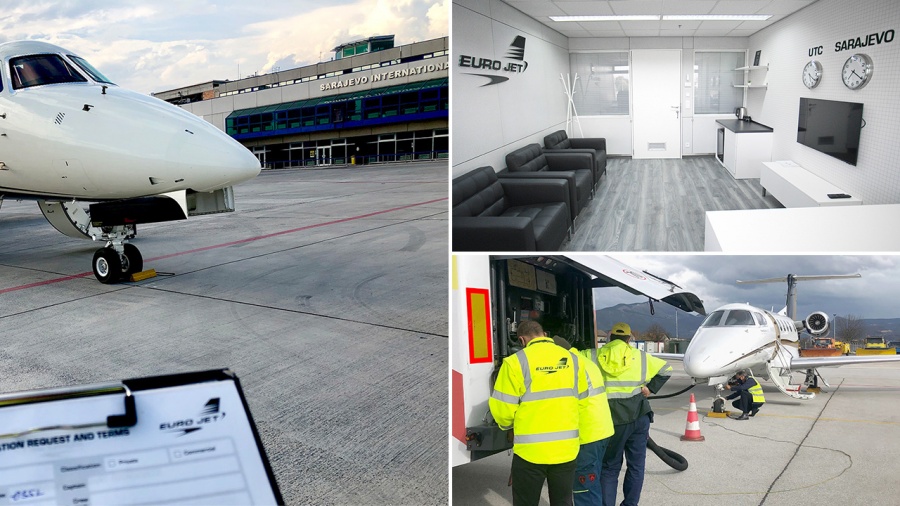 Considering all this, what is the best part of your job in Euro Jet? And what are the biggest challenges you face?

What I like about it is that you never know what is going to happen the next day (laughs). You cannot plan everything in advance; many times, you must make decisions on the spot. Every day is different, and every day brings new experiences. However, this aspect of general aviation is also what I find most challenging about it. In an effort to continuously improve our work, I have to think outside the box and come up with new solutions that will benefit our customers. It is not difficult to set up all the required services in advance, but we also try to prepare for last-minute changes and even predict these changes based on our experience with previous flights.

And what is it that you enjoy most about the aviation business in general?

I love how organized it is. It is fascinating to me that in a system which requires the involvement of so many people, everything ends up working so well. 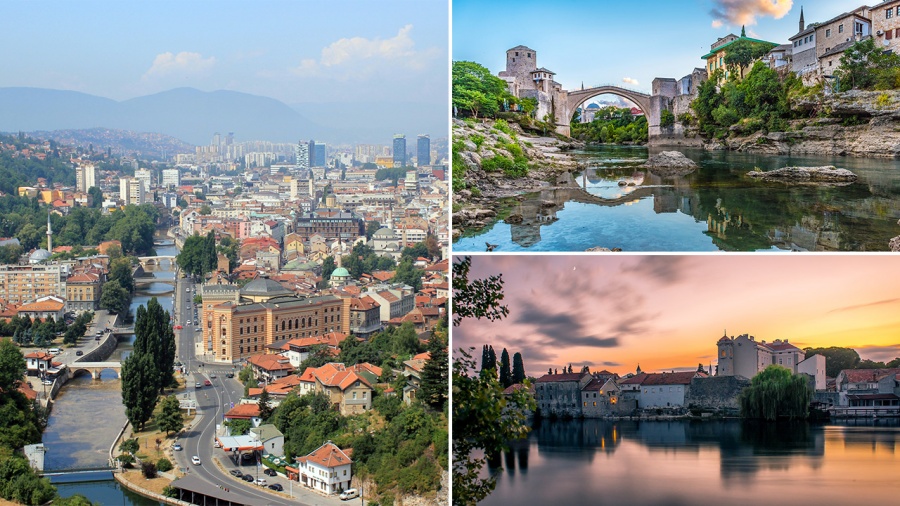 That is a very interesting point of view. Let’s talk a bit more about your country. What is your favorite place in Sarajevo and in Bosnia and Herzegovina? What would you recommend every visitor to see there?

Bosnia and Herzegovina is a culturally and historically rich country. The capital Sarajevo is a multicultural city, even referred to as the Jerusalem of Europe. You can find an influence of every culture and empire our land has been a part of – be it the Ottoman Empire or the Austro-Hungarian Empire – in our art and architecture and mainly in the Sarajevo’s old city center which is the most beloved place for us locals. Another special place is the Olympic Mountains surrounding the valley in which Sarajevo is located and offering spectacular views of the entire city. For those who can remember, Sarajevo hosted the 1984 Winter Olympics.

Besides Sarajevo, Mostar is world-famous for its medieval bridge and the old city. You will find cultural and historical gems worth exploring in every city around here. Just to mention one more, Trebinje, located near the border with Montenegro, should also be on your bucket list.

What food and drink should everyone taste when staying in the country?

Cevapcici of course, everybody knows that (laughs). It consists of small pieces of minced meat put inside a special kind of bread called Somun. Most restaurants in the old city of Sarajevo serve it – some restaurants even specialize in it – and the rule is to drink yogurt with it. 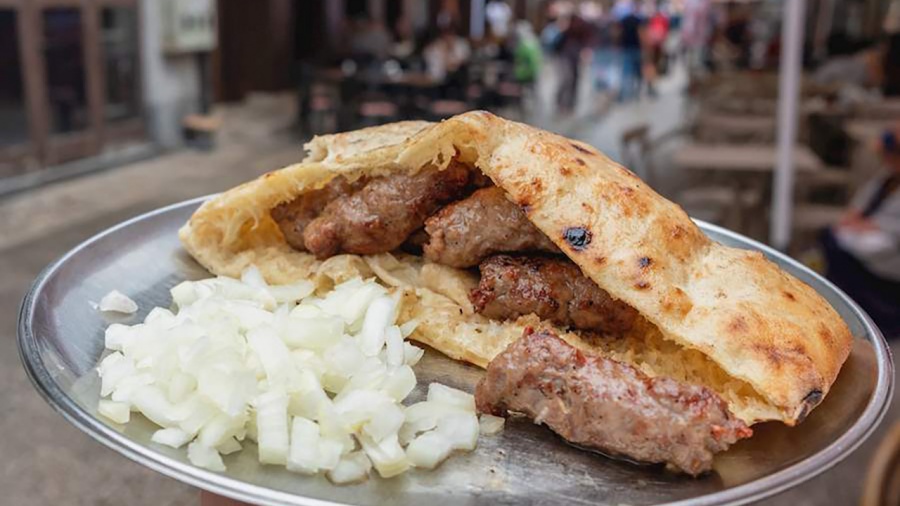 What languages do you speak?

Having been raised in the former Yugoslavia, I can say I speak all the Balkan languages (Bosnian, Croatian, Serbian) because we all learned the same language in Yugoslavia (laughs).

At work with our customers, we use English, of course. Growing up during the Yugoslav war, my school was a small room in the basement and there were no English lessons. I taught myself English by watching television and can speak it fluently, but I continue to learn.

That is incredible! As for your free time, what do you like doing when you are not working at the airport?

My main focus is my daughter who will soon turn 18. But otherwise, I really like photography – I have professional equipment and when I find the time, I like taking pictures. Ballet remains an interest since I hoped to become a ballerina years ago. I also like going to the theater every once in a while.

Aida, thank you very much for talking to us and sharing the details of your job and Euro Jet’s operation in Bosnia and Herzegovina. Final question, what are your hopes and goals for the upcoming years?

Life has taught me that you cannot really plan anything. I have hopes but I am not into making 5-year plans or any long-term goals. My hope is that my daughter successfully finishes her education and, of course, I hope to continue my career at Euro Jet and expand our Bosnian operation. We will see what life brings. I am ready for it all.

Euro Jet to Exhibit at AIR OPS 2023 in Brussels 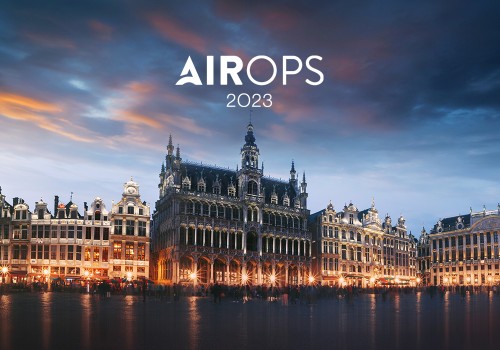 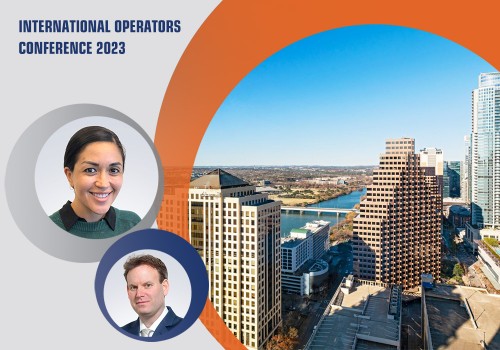 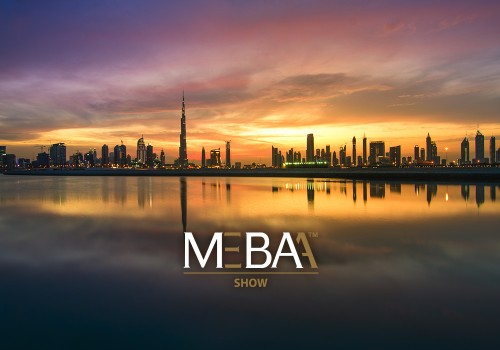